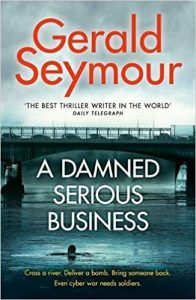 Oops. I missed the paperback publication date of A Damned Serious Business. It was officially published in the UK on 1 November, so I’m only one day out.

This one is well worth a look and is particularly timely dealing with Russian cyberwarfare.